LOCATION (Where to Find us)

Grove Park Squash Club is located in Cheadle Hulme in Stockport, South Manchester. It benefits from the extensive facilities of the sports complex at Grove Park, which is also home to Manchester Rugby Club and Cheadle Hulme Cricket Club.

The Club offers facilities for players of all standards from juniors and beginners up to international players, a number of whom play on our First Team. If you are just starting out or are keen to take your squash to the next level of skill and ability, then Grove Park is the place to come. We also have a developing Squash57 (racketball) section at the club.

FEEL FREE TO DROP IN

If you are interested in dropping in to watch a first team match or would like a guided tour to see what Grove Park is good at then please contact our Membership Secretary, Derek Shardlow or just come down and take a look.

The squash clubs six courts including 2 glass back courts. Social facilities include two bars and a function room, with regular entertainment.

The Club fields EIGHT teams in the North West Counties Squash League (NWCSL) and TWO teams in the Cheshire Ladies League in which we have been champions many times. So whatever your standard of play, you have the opportunity to take part in the upbeat, sociable and yet competitive team matches played each Thursday evening through the season.

The Grove Park first team plays in the NWCSL First Division which includes many nationally and internationally ranked players. The first team squad including World No.40, Chris Simpson , and former British Over 45 Champion, Yawar Abbas. After regularly finishing in the top 3, In 2010 they finally won the league for first time. First team matches are played every Tuesday evening during the season and we do not charge entry to spectators at home matches. So, if you fancy seeing some of the world's best squash players in action then come along to Grove Park or for a brief sample see some of the video clips of the First Team in action on our youtube page.

Buy squash clothing and accessories, all with the Grove Park Squash logo direct from our new club shop in association with our sponsor iprosports. 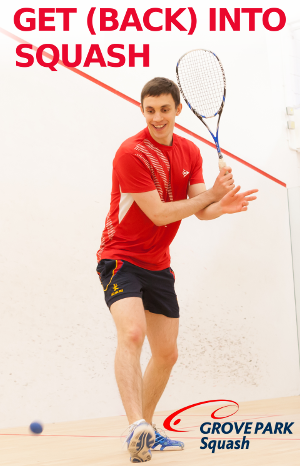 If you are just getting into squash, we provide the following low cost "coaching pathways" to get you started -

GET (BACK) INTO SQUASH

Get into squash, whether you're a complete beginner or just haven't played for a while.
Find out more about this new initiative for all adults which includes regular sessions every Friday from 5.30pm.

Part of the successful 'ThisGirlCan' national campaign, we run coached group sessions for women & girls only.
Find out more about these friendly, fun & supportive sessions that run every Wednesday 7pm-8pm.

The Mini & Junior section is an important and growing section at Grove Park. We cater for players from 5 years old up to 18 years. There are regular squash coaching sessions throughout the year on Saturday afternoons with our Qualified Coaches.

No matter what your age, sex or level of experience, you are sure to enjoy playing squash or racketball at Grove Park. We have about hundred & fifty players and there are many opportunities to meet new people to play, by joining in the internal squash leagues or the twice weekly club nights. 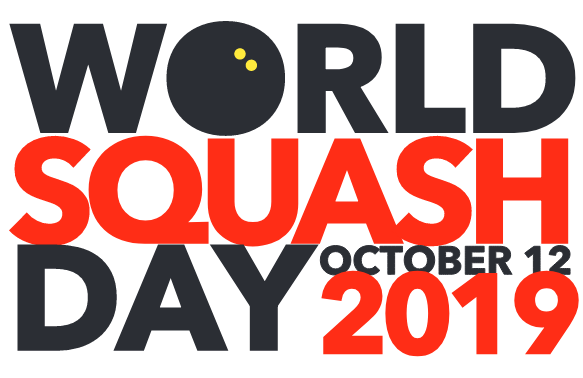 Hire one of the Function Rooms at the Club.
Ideal for Birthdays. Anniversaries, or
Christmas Parties in the Stockport area.